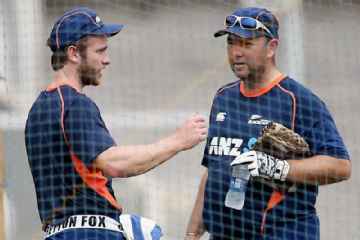 Ben Stokes flying to New Zealand and signing up with Canterbury has been the big news of the week, but there is the small matter of New Zealand’s thin Test summer at home, starting with the two-match series against West Indies.

The last time West Indies faced New Zealand in a Test, in June 2014, Jason Holder made his debut and was part of a team that suffered a series defeat at home. Three years later, Holder faces New Zealand as the captain of young side that has defended 189 against India in an ODI, hunted down 322 in the Leeds Test after suffering an innings-and-209-run defeat at Trent Bridge, and sealed a 1-0 Test series win over a full-strength Zimbabwe team in 2017.

He believes West Indies are in a “pretty good place” with the present team and heading in the “right direction”. From fearing for his international career, Kemar Roach has fit in as the leader of the attack, which includes Shannon Gabriel, Alzarri Joseph, and Miguel Cummins. Contrastingly, New Zealand are in a not-so-good place. For starters, they haven’t played Test cricket since March, while West Indies have played eight Tests since. They will also have to cope without the injured BJ Watling and Tim Southee, who is on paternity leave.

With a rock-of-Gibraltar defence and excellent judgement outside off, Jeet Raval is arguably the best candidate to negotiate the new ball on what is expected to be a green top. The opener had a breakout season last summer, and was subsequently added to New Zealand’s list of contracted players for 2017-18. Can he build on the gains now?

Unlike Raval, Jermaine Blackwood isn’t really a big fan of defence. Case in point: his second scoring shot in Test cricket was a disdainful thwack over long-on off Trent Boult. Blackwood, though, hasn’t passed fifty in his last 12 innings in internationals and tour matches, and could face competition from Shimron Hetmyer.

New Zealand have already announced their XI, picking Matt Henry over Lockie Ferguson as a replacement for Southee, and handing a Test debut to wicketkeeper-batsman Tom Blundell at his home ground.

Sunil Ambris, who cracked 153 off 145 balls in the middle order in the tour game against a New Zealand A attack that contained seven international bowlers, is likely to occupy the spot vacated by Kyle Hope.

Early sightings of the pitch showed grass cover almost indistinguishable from the outfield, but that can often be misleading at this ground. ”It [The pitch] always looks a little bit [green] like that,” Kane Williamson said on Thursday. “There’s always something in the wicket if you do bowl well. But generally, it’s a fair surface which quickens up on day two and three”. The weather is expected to be largely fine for the duration of the match.

“He [Henry] has been playing well for a long time and hasn’t had the opportunities that he’s deserved. He’s a different bowler to Lockie and has been bowling with good pace, and does tend to move the ball well.”
New Zealand captain Kane Williamson

“Consistency is always our downfall. I think once we get on the park and play as one, I think the performances will come.”
West Indies fast bowler Kemar Roach