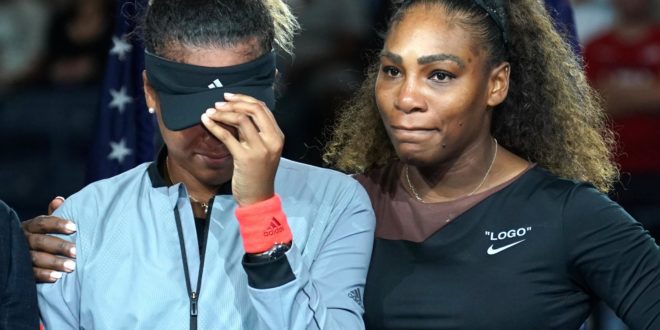 BBC- Serena Williams’ claims of sexism in the US Open final have been backed by the governing body of women’s tennis.

WTA chief executive Steve Simon said the umpire showed Williams a different level of tolerance over Saturday’s outbursts than if she had been a man. 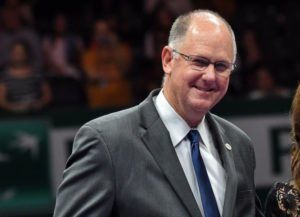 She got a code violation for coaching, a penalty point for racquet abuse and a game penalty for calling the umpire a “thief” in the defeat by Naomi Osaka.

The American said it was “sexist” to have been penalised a game.

“The WTA believes that there should be no difference in the standards of tolerance provided to the emotions expressed by men versus women,” Simon said in a statement.

“We do not believe that this was done last night.”

He also called for coaching to be allowed “across the sport”. Umpire Carlos Ramos penalised Williams after seeing her coach, Patrick Mouratoglou, making a hand gesture. The Frenchman later admitted he was trying to coach his player.

The head of the United States Tennis Association (USTA), which organises the US Open, said men “are badgering the umpire on the changeovers and nothing happens”.

“We watch the guys do this all the time,” USTA chief Katrina Adams said.

“There’s no equality when it comes to what the men are doing to the chair umpires and what the women are doing, and I think there has to be some consistency across the board.

“I’m all about gender equality and I think when you look at that situation these are conversations that will be imposed in the next weeks. We have to treat each other fairly and the same.”

BBC tennis presenter Sue Barker, who said: “I’ve sat courtside watching the men ranting at umpires and they haven’t been given a violation.”

What do the stats say?

Williams, a 23-time Grand Slam champion, was one of 10 women punished for code violations at this year’s US Open, while 26 men were fined.

Most of the fines issued were for racquet violations – 14 men and five women.

Williams was one of only two women punished for on-court coaching, alongside Slovakia’s Dominika Cibulkova, while no men were penalised for this offence.

Former world number one Williams was the only player punished for verbal abuse, which landed her a $10,000 (£7,732) fine – the largest issued at this year’s tournament.