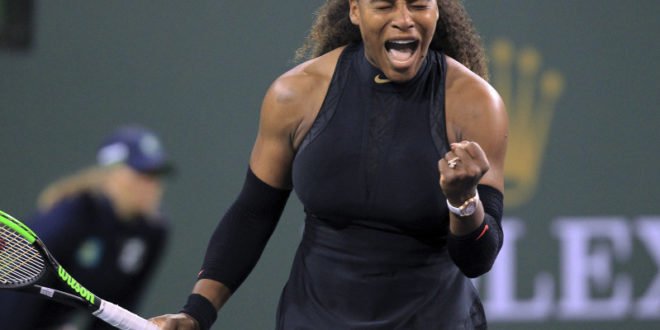 “It definitely wasn’t easy but it was good.”

Williams was given a standing ovation as she walked onto court. Her husband Alexis Ohanian was in the crowd as she set up a second-round match with 29th-seeded Dutch player Kiki Bertens.