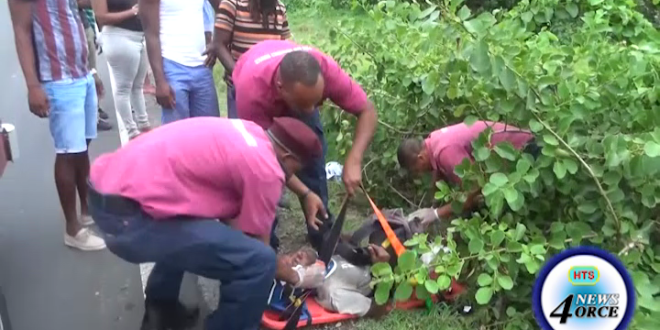 Senior Injured in 3 Car Pile Up in Vieux-Fort

There was another collision in the greater Vieux Fort Area 30 minutes after the crash on the Vieux Fort-Laborie highway.

According to preliminary reports, the senior citizen was walking along the Beanfield highway about 100 meters from the intersection leading to the Hewanorra International Airport when he was struck down by a pick-up truck.

One eyewitness claims he had to make a desperate attempt to get the vehicle involved in the collision to stop.

First Responders who were called to the scene placed the injured man on a gurney and transported to the victim to the St. Jude Hospital for medical treatment.

The Traffic Department of the Royal Saint Lucia Police Force are reportedly investigating into the accident.