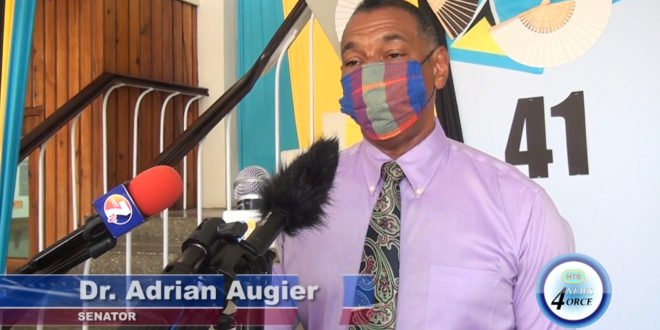 Independent senator Adrian Augier has called on the government to consider directing its economic stimulus efforts not at the very rich or the very poor but at those in the middle. Senator Augier says that does not mean ignoring the poor whom he says have to be given some relief, but it is those in the middle, according to the economist, who will keep the wheels of the economy turning.

2020-04-23
Allin Fevrier
Previous Could the island soon be facing a shortage of chicken backs? Well the managing director of local supplier and frozen foods distributor, valley cold storage company says recent developments in the u.s could have an impact on the local sector.
Next SHOULD CHURCH SERVICES RECOMMENCE?