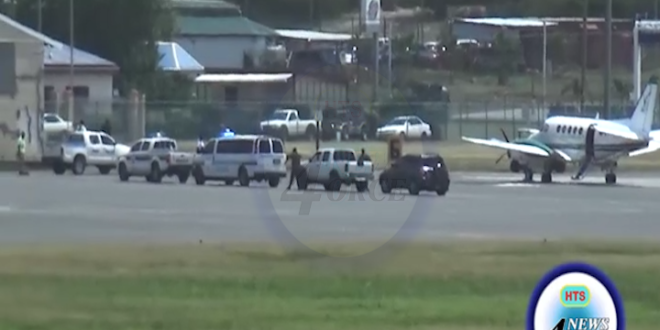 GIS – SENATOR HERMANGILD FRANCIS SAID GOVERNMENT IS DOING ALL IT CAN TO REBUILD PUBLIC CONFIDENCE IN THE POLICE.

The Minister for Home Affairs, Justice and National Security, Sen. Hon. Hermangild Francis, said his ministry will be embarking on major initiatives intended to raise the level of professionalism in the Royal Saint Lucia Police Force (RSLPF).

The major initiatives will focus on policies regarding ethics, force and succession planning.

Sen. Francis said government is doing all it can to regain public trust and confidence in the police. As such, the polygraph exercise which started with the hierarchy of the RSLPF, will continue with the rank and file of the Force. Professional training is also being accessed for officers at all levels.

Meanwhile, the Home Affairs, Justice and National Security Minister, disclosed that approximately $150,000 had been allocated for the initial installation of CCTVs.

The Castries-Gros-Islet Highway has been identified as the start off point.

“Two main reasons for choosing that location is that it will help solve crime, and it will improve productivity in the work place by reducing delays on the highway when an accident occurs,” the minister said. “The cameras will pick up the accident and an officer will be dispatched to the scene. This officer can have the vehicles removed for the free flow of traffic while he attends to the particulars of the driver. The Saint Lucia Chamber of Commerce is eager to partner with the government in this endeavor.”

The Government of Saint Lucia is currently in discussion with regard to the construction of a new police headquarters and police station for the town of Gros-Islet.