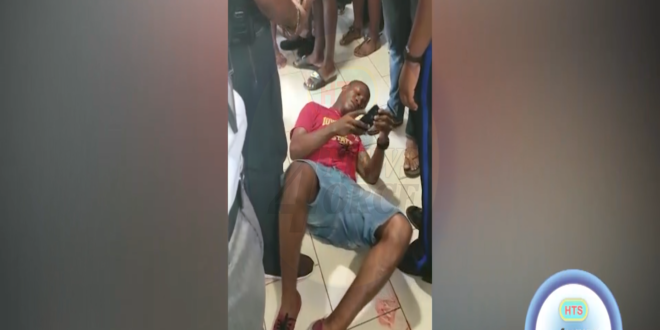 Gun shots dispersed scores of blue coral mall shoppers in Castries after a security guard opened fire. One man believed to be in his 20’s was injured and later rushed to hospital. His condition at news time was critical but stable. Police have brought in the mall security guard for questioning as part of investigations to determine the motive.