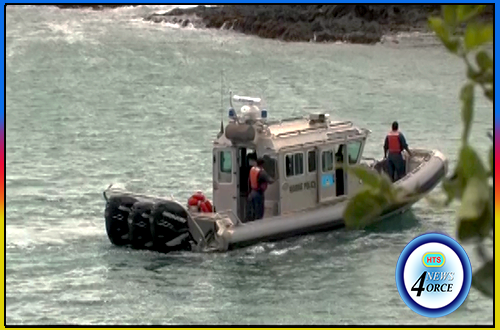 Search and rescue teams have resumed recovery efforts at sea for the body of a Spartan University lecturer.

On 31 March three Indian nationals were reportedly swept away by a ‘rogue wave’ as they were site seeing along the Cannelles beach on the islands south east coast. Two bodies believed to be Spartan University students were recovered by the Marine Unit shortly after midday.

Day two of the recovery effort began at 6 am on 1 April. The Marine Unit have so far combed through several nautical miles from Savannes Bay, Vieux-Fort up to Troumasse Bay off Micoud.

The names and identities of the suspected drowning victims have not been release. The search is expected to continue throughout the day.