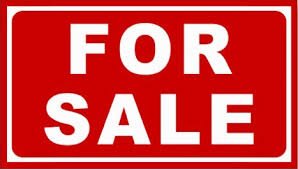 Sandals Up For Sale?

Sandals Resorts International, a privately held Caribbean resort operator that caters to couples,
is exploring strategic alternatives including a potential sale of the company, according to people familiar with the matter.

A sale would mark the first change in ownership for the company since it was founded 36 years ago by Gordon “Butch” Stewart, who built it into the largest non-government employer in Jamaica and created resorts across the Caribbean.

Sandals has hired investment bank Deutsche Bank to explore several options, including a sale of a majority stake in the company, the people said, asking not to be identified because the deliberations are confidential.

The valuation of the company could not be learned, but the sources said it could be worth well over $1 billion, including debt. There is no certainty the move will result in any deal, the sources added.

The company, which became famous for its commercials that feature couples lounging in its tropical resorts, owns 24 vacation properties in seven Caribbean countries, including Jamaica, the Bahamas, Grenada and Barbados.

Although Sandals caters primarily to couples, prohibiting children at most of its properties, it also operates a subsidiary called Beaches Resorts that welcomes singles and families.

Stewart began his career as a sales manager at Curacao Trading, before leaving in 1968 to found his first company, Appliance Traders, which distributed and serviced air conditioners.

When Stewart founded Sandals in 1981, the company began as a single hotel near one of the largest beaches on Jamaica’s Montego Bay.

He sought to differentiate it from competing resorts by emphasizing “all-inclusive” packages, which feature a single flat fee for lodging, meals and drinks.

Sandals targets middle-income vacationers, offering some all-inclusive resort packages for less than $200 per person, per night.

In the early 2000s, Sandals attracted controversy because its couples-only resorts prohibited same-sex couples. It retracted the policy in 2004, after the London Underground banned Sandals advertisements in response to complaints from gay-rights activists.

The leisure sector has been an active arena for dealmaking. Last month, ski-resort operator Intrawest Resorts Holdings agreed to be sold to buyout firm KSL Capital Partners and Aspen Skiing for around $1.5 billion.