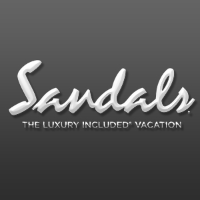 Castries, Saint Lucia – September 06 2017 – Sandals Resorts International (SRI) is grateful to the Government of Saint Lucia for bringing closure to a long-standing tax dispute in respect of withholding taxes assessed by the Inland Revenue Department on Insurance costs allocated to its three resort companies between 2001 and 2009.

We want to make it abundantly clear that this is not money that the company owed or that was outstanding, as has been confirmed in a statement by Minister in the Ministry for Finance, Senator The Honourable Dr. Ubaldus Raymond.

SRI objected to these assessments in accordance with its statutory rights under the Income Tax Act, and has consistently maintained, in correspondence and discussions with Inland Revenue and the Ministry of Finance, that the assessments are not justified, and should be withdrawn. SRI’s objections were based on professional advice and a legal ruling by the OECS Supreme Court that is relevant to withholding tax assessments in Saint Lucia.

The insurance costs allocated to the three resort companies in Saint Lucia represent their share of comprehensive insurance coverage for the Sandals Group of Hotels in the Caribbean. Due to the sheer magnitude of the risks insured, SRI is required to self-insure up to 20% of the coverage, with the balance covered by Lloyds. Between 2001 and 2009 the costs allocated to the companies in Saint Lucia amounted to $37.7 million, and Inland Revenue sought to impose withholding tax of 25% on these costs. This tax would have increased the cost of SRI’s insurance in Saint Lucia by 25%, with no tax benefit locally.

The evidence was presented to and accepted by the previous administration, which had committed to working with us to have it resolved, and for which we have been waiting for several years.

SRI’s ability to obtain good insurance coverage at an affordable cost ensures that its properties can recover quickly from hurricanes and storms such as they are about to experience in Antigua, Turks & Caicos and the Bahamas. This ensures continuity of operations for employees, visitors and the destination. SRI was therefore able to obtain an exemption from withholding tax on insurance premiums from 2009 under the Tourism Stimulus and Investment Act in 2014. Other companies were entitled to request similar incentives.

The Sandals companies in Saint Lucia are fully compliant with all taxes, statutory deductions and payments. We have a robust Corporate Social Responsibility programme, good employee benefits, and voluntarily contribute payments of US$2.00 per person per night to the Tourism Investment Fund. The dispute with Inland Revenue over withholding taxes on insurance premiums is an old and exceptional matter that required resolution if SRI was to be able to finance new investments in Saint Lucia. We urge the Government to address the issue of withholding and other taxes on critical inputs to the tourism industry for all stakeholders, so that we can work together to grow the economy.