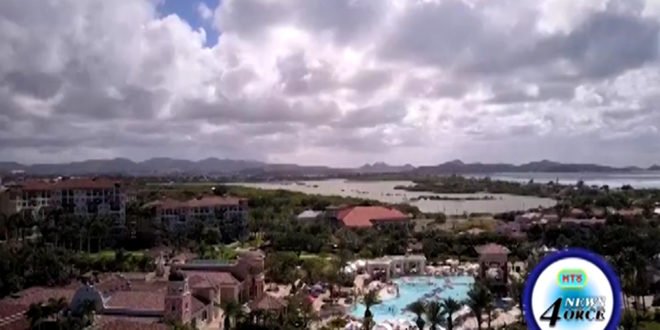 SANDALS CLARIFICATION ON DEVELOPMENTS IN ANTIGUA AND BARBUDA

Press Release August 10th, 2017
Montego Bay, Jamaica — Sandals Resorts International has 22 hotels in eight different territories throughout the Caribbean, and in 35 years of doing business with numerous governments; we have always operated at the highest standards and in the most ethical and transparent manner.

As an upstanding and conscientious corporate citizen, we have always sought to work in harmony with the various stakeholders. Therefore, we are appalled at the unwarranted and vicious attack that has been launched against the company and its Chairman by Prime Minister Gaston Browne and his Government, after plans to upgrade the resort in Antigua and Barbuda were revealed — news that should have been cause for celebration for any investor-savvy administration as it will be beneficial to both the country as well as the resort staff and their families.

Sandals is no stranger to Antigua and Barbuda nor its people. We planted our flag here over a quarter of a century ago when we took over a floundering 99-room hotel (the Anchorage), and over the years transformed it into a world-class, five-star resort and conference centre, and the flagship of Antigua. Today, Sandals Grande Antigua is proud to boast 373 luxurious and state-of-the-art rooms and suites.

For 25 consecutive years we delivered the industry’s highest occupancies while remaining open for business without any closure. During this time, we have grown, expanded and deepened our economic contribution even while many other resorts or hotels have either fallen by the wayside, or closed for long periods during the off-season.

We would therefore like to set a few things straight:

Sandals and the Government of Antigua and Barbuda (under Prime Minister Lester Bird’s Administration) signed a Memorandum of Understanding in March 2000, which granted to Sandals relief from the Hotel Tax and Guest Levy in exchange for constructing 100 new rooms. Not only did Sandals keep its word to the people of Antigua and Barbuda, we exceeded our obligations by almost doubling the number of rooms and suites (180) at significant additional investment. This included adding tremendous facilities such as a brand new conference centre and restaurants to the resort. In doing so we also created employment for 120% additional staff with some of the highest compensation packages.

The fact is the Hotel Tax and Guest Levy was replaced by the Antigua and Barbuda Sales Tax in September of 2006. Therefore in January 2009, the then-government, with the sole purpose of ensuring that Sandals as the most significant investor on the island was not to be prejudiced by the introduction of the ABST, granted Sandals compensatory relief from a portion of the ABST so as to maintain the value of the original concession benefits. Since then Sandals has continued to fulfil its tax obligations in a timely manner and as a responsible stakeholder in Antigua and Barbuda.

During 2016, the Gaston Browne Administration, in clear breach of a proper and legally binding agreement, made several unfounded accusations against Sandals regarding the ABST and abolished the 2009 agreement. Although this action was illegal, Sandals in the interest of maintaining its harmonious working relationship with the people of Antigua and Barbuda nevertheless worked with the government to formalize an agreement of understanding between both parties, giving up significant concessions to which we were entitled and at significant cost to the Company.

Yet in spite of this ratified agreement, the Prime Minister and his government continue to make defamatory statements and cast serious aspersions against the company, including that some attempt was made to unfairly influence him, which has resulted in reputational damage to the company, the brand and our many loyal team members.

Sandals therefore also reserves the right to initiate all legal options, including suing for slander and libel to protect its good name. However, our main concern is the impact this is having on our 700 team members and their families, 95% of whom are indigenous; that is from Antigua and Barbuda and the OECS, and many of whom have been a part of the Sandals family since inception.

A key reason why Sandals has been named World’s Best Luxury Included Hotel for the past 23 consecutive years is the passion and commitment of our team members; an attitude for success honed by the very best training, and an appetite to be the best that is the hallmark of the Sandals family.

Our team members are the ones who make Sandals what it is, and any attack on our company can also be seen as an attack on them. It demonstrates a level of contempt for the hard working Antiguans and Barbudans whose great efforts have helped make Sandals one of the world’s exceptional hotel organizations. Our team members are not only among the highest paid in the industry, but have full access to medical and pension plans. We take care of our own, and do not need anyone to make insincere gestures of concern.

If the Prime Minister and his government are indeed genuinely concerned about the people working here in Antigua then cease the unnecessary threats, posturing and false accusations and let’s work together to ensure that the maintenance work, which we have agreed to reduce from five months to three months, takes place as quickly and with as little disruption as possible.

Sandals never has and never will be intimidated. It is not in the nature of our company, nor the nearly 15,000 proud team members who make up the Sandals family in Antigua and Barbuda and globally, and who continue to make our company the most sought after product on the planet. Indeed it will not be long before a number of new countries soon welcome the Sandals brand as well.