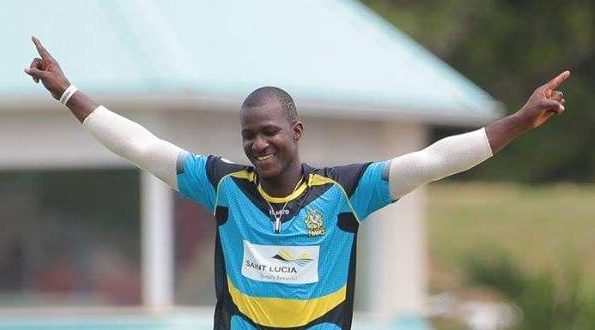 Two-time Twenty20 World Cup-winning captain Daren Sammy has blasted Cricket West Indies for the continued decline of the international side, and has painted a bleak future for the team once the Dave Cameron-led administration remains in charge.

In a sharp critique of the state of West Indies cricket, the all-rounder told the Tuffers and Vaughan Show that he could not envision an immediate turnaround for West Indies, especially since none of the leading players was ever likely to represent the region again because of CWI’s policies.

“I am very scared [for the future of West Indies cricket]. For a team that has dominated cricket for 17 years during the period in the 80s and the early 90s, to be in that position right now,” Sammy said.

“I am scared that we might be relegated to the [league of the] Irelands and Scotlands, playing against these guys which is very, very sad – if something doesn’t change and at the moment, the guy has just been re-elected for another term. I can’t see it happening. It’s very sad for us.”

West Indies once dominated world cricket but have languished in the nether regions of the ICC Test rankings for years now and are currently eighth, only above Bangladesh and Zimbabwe.

Two-time former 50-over World Cup champions, the Windies are now ranked ninth, a position which resulted in their omission from the just concluded Champions Trophy in England.

And despite winning the T20 World Cup last year in India under Sammy, the Caribbean side have since won just five of their last 12 matches to slip to fifth in the rankings.

“The rankings will show you, even in all three formats. We’ve managed to even go down in T20 as well. It’s sad talking about it,” the St Lucian lamented.

“Look at the Champions Trophy, we weren’t even there and we have to play against the likes of Afghanistan – no disrepect – and Zimbabwe, and Bangladesh have leapfrogged us. It’s a sad state in our cricket right now.”

West Indies cricket has found itself crippled by CWI’s insistence on the controversial eligibility rule, which has resulted in marquee players being sidelined. In order to represent the Windies in a format, players need to make themselves available to play in the requisite domestic league.

However, many of the leading Windies players ply their trade in the respective global T20 leagues, and have often opted to forego domestic commitments in favour of more lucrative contracts.

Sammy contended CWI needed to make adjustments to their policies in order to ensure the best players were available for selection but said seemed not to understand what was in the best interests of West Indies cricket.

“With the current administration I don’t see [the top players playing again]. You look at the likes of (Kieron) Pollard, (Dwayne) Bravo, (Chis) Gayle, (Andre) Russell – who is on ban – myself, Marlon Samuels now, Lendl Simmons, these are quality players,” Sammy pointed out.

He added: “Personally I have not played since the World Cup. We know they all try and say it’s because of my place as a cricketer but we all know – the world knows – it’s because of what I said after winning the World Cup and that has been the problem with the administrators of the WICB.

“These are talented cricketers. We can’t afford not to have them in West Indies cricket.”

He argued that both players and CWI needed to dialogue on the way forward in order to lead West Indies out of their present predicament.

“At the moment I don’t see that happening.”