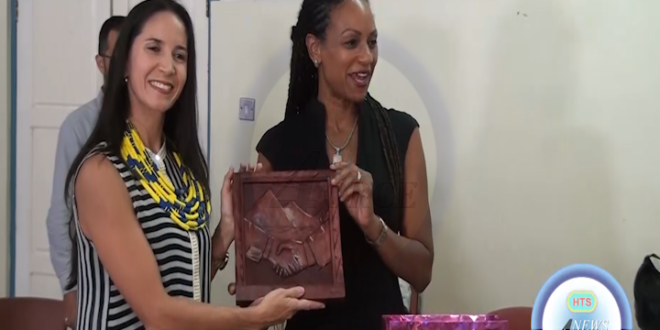 The Spanish club and Spanish department of the Sir Arthur Lewis Community College paid tribute to the outgoing Venezuelan Ambassador on Wednesday. The event included musical renditions and a screening of a Venezuelan film. School officials say it was a ‘thank you’ to Ambassador Leiff Escalona, who has contributed immensely to the department during her tenure.