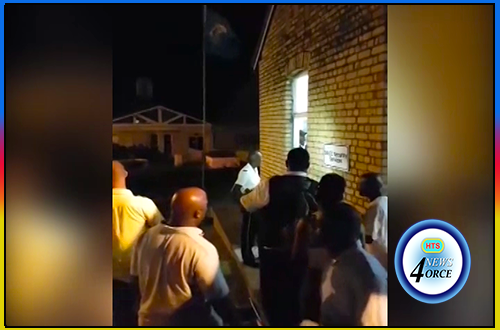 A security guard at the Sir Arthur Lewis Community College is currently in police custody after he was arrested for what has been widely speculated as an alleged indiscretion involving a female student on the school campus.
It is not clear what act was allegedly perpetrated against the student.
The incident, which allegedly took place on the school’s compound between 6 and 7 Wednesday night, has gone viral particularly due to a Facebook live feed of the alleged suspect’s arrest.