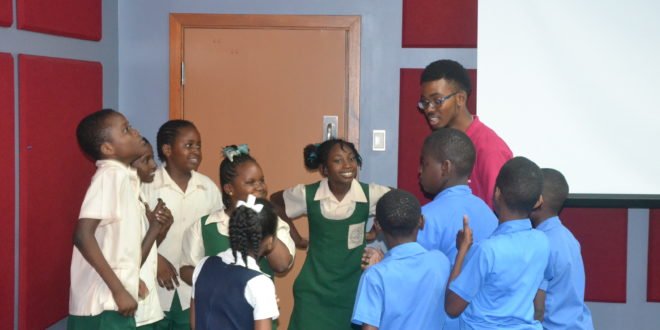 Officials of the United Nations Development Programme (UNDP) Barbados & the Eastern Caribbean say they are pleased with the work of primary school students in Saint Lucia, who used smart phones to develop quality media content on climate change.

The students participated in the A.C.T Now competitive challenge, a component of A.C.T. Now Saint Lucia. A.C.T Now Saint Lucia is the rallying cry of an awareness campaign on climate change adaptation. A.C.T is an acronym for ‘Adapt, Change behaviour, Take action.” The campaign calls on citizens to take personal responsibility for reducing the vulnerability of their families and communities to the impacts of climate change, by taking prescribed actions.

Teams researched the relationship between waste disposal practices and climate change impacts in their community then produced a video outlining a solution to the problem.

The Riviere Doree Anglican Combined won the competition. In second place was the Banse La Grace Combined and in third, the Ave Maria Girls’ Primary School.

Special prizes were awarded to the teams from the Desruisseaux Combined and Plain View Combined.

The UNDP’s Communications Associate for Barbados & the OECS, Penny Bowen said the judges were impressed with the students’ submissions.