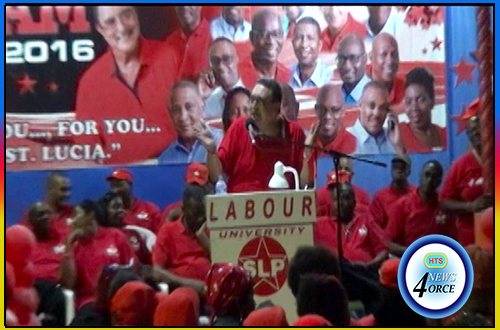 Saint Lucians Head To The Polls On June 6th

Saint Lucians will head to the polls on June 6, 2016.
Prime minister Dr. Kenny Anthony announced the date for general elections in an address to the nation on Thursday may 19th.
He stated that he called the elections several months ahead of its due date, to ensure peace, stability and certainty in the country and its affairs.
He also made it clear that the Saint Lucia Labour Party is ready.