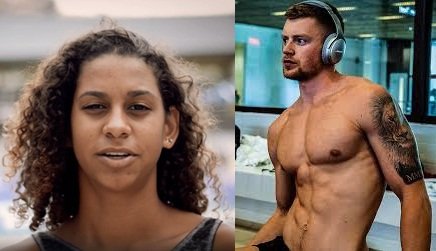 (AFP) – As many of the world’s top swimmers go for gold at the Commonwealth Games, one shy schoolgirl from St. Lucia has a more modest goal — a photo with English hunk Adam Peaty.

But 16-year-old Katie Kyle, set to compete in the 50 and 100 metres butterfly for the Caribbean island, first has to pluck up the courage to speak to the Olympic breaststroke champion.

“I don’t know if I’ll be brave enough to go up and be like ‘hey!’” she told AFP on Saturday.

“But there will be some people, like Adam Peaty, I’ll be like ‘hey, can I get a picture with you?’

“Just to meet and talk to all the guys who swim fast will be great,” added Kyle, who along with Jean Luc Zephir makes up St. Lucia’s Commonwealth Games swim team in Gold Coast.

“I’m still kind of shocked that I made it this far.”

Kyle has been based in Britain since last summer after deciding to leave St. Lucia because of a lack of training facilities.

“I thought I could better my training in Britain with bigger pools, better facilities,” said Kyle.

“At home it’s not as developed, there’s only a 25m pool outside.”

Such is the parlous condition of sport in St. Lucia that at a track and field meeting earlier this year, a whistle was used to start events instead of a gun, according to local media.

“The government is not very involved in sports at that level. They do a lot of work with school kids but not when it comes to a higher level.

“We have a planned 50m pool coming and hopefully it should be there within a year and a half to two years.”

If Kyle gets that selfie with Peaty, she will be halfway to meeting her two swimming heroes.

“There was Michael Phelps but when I got kind of serious I was looking at Katinka,” said Kyle, who has her heart set on competing at the 2020 Tokyo Olympics.

“But I’m just glad to be here. It’s going to be so exciting to swim against (top racers) and to say I’ve swum against them.”