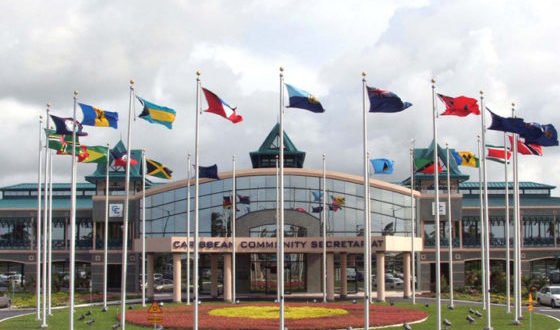 (Press Release) – Students from Guyana, Saint Lucia and Trinidad and Tobago, have copped the coveted prizes of the 2017 CARICOM Energy Month Youth Essay Competition, while youth from Belize, Grenada, and Guyana came out tops in the Young Energy Artist Competition.

Guyanese Sasha Woodroffe, currently a student at the University of the West Indies, won the Tertiary Award as well as the Golden Pen Award for the Best Overall Entry in the Youth Essay Competition. Her prizes are a laptop and a golden engraved pen.

Kiziah Soverall, of Bishop’s High School in Tobago, won the first prize in the 10-12 category of the competition, while Ariel Albert of Saint Lucia’s St. Joseph’s Convent, won in the Grade 7-9 category. They  won laptops for themselves, and laptops and multi-media projectors for their schools.

Secondary and Tertiary students were invited to express their vision through written essays or letters justifying the need to advance the Region’s sustainable energy transition, and their vision for how their country could support this transition.

Meanwhile, Naomi Allard of Grenada’s St. Andrew’s Methodist School, won the first prize – an ipad – in the Artist Competition, while the first prize phone for parent or teacher went to Kenson Baptiste, also of Grenada. Second place winner is Alyssa Blanco of Compassion, in Belize, who won a Samsung Tablet. Siddharth Lakshan Ramessar of Ermsville Primary School in Guyana placed third and he won a Wacom Tablet.

That competition was open to students 12 years old and under and they were asked to show their creativity by responding to the topic: “Energy, for the planet and for my community”.

CARICOM Energy Month is observed every November and aims to raise awareness about the Community’s pursuit of sustainable energy. Last year, the theme was RE-Thinking Energy. The Youth Essay and the Young Energy Artist Competitions were two of the activities held to mark the Month.