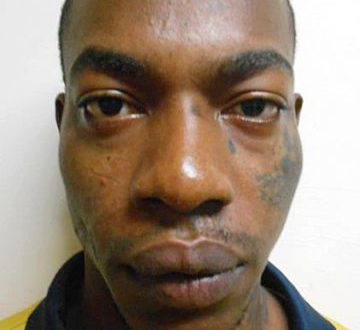 Reagan Henry, one of the two dangerous fugitives who had escaped from the Sarail prison on the night of 17 to 18 July, was arrested on Tuesday afternoon by the gendarmes. The 32-year-old Sainte-Lucien was hiding in the woods between Sainte-Rose and Deshaies.

Using gendarmerie information, the gendarmerie set up on Tuesday a vast device composed of about sixty gendarmes of the GIGN antenna and the mobile gendarmerie on the Sainte-Rose sector, in a densely wooded area And steep. During the afternoon, Reagan Henry was eventually able to be located, identified and then arrested.

Addiction to alcohol, cannabis and cocaine, the man was sentenced to life imprisonment in 2016 by the Assize Court of Martinique, for the murder of Michel Mignon, a 50-year-old Breton, Killed by 40 coups de coutelas. It is considered “extremely dangerous”.

His accomplice, Orvel Peters, native of Saint-Vincent, is still on the run and actively sought. It is entrusted to the research section of the gendarmerie under the direction of an investigating judge from Pointe-à-Pitre, so the investigation continues more than ever.

The population is invited to maintain its vigilance and to report any suspicious elements, especially in the forest zone, by calling the 17. However, there is no question of intervening, this second fugitive is dangerous.