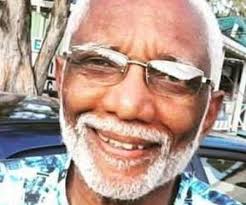 The six poets will be part of a three-part programme in East London.

The event will be introduced by Joseph Charles, founder and Director of the London-based The Black Swan Theatre and Opera Company.

First the poets will read and discuss their work, followed by a Tribute to Nobel Laureate Sir Derek Walcott, on the first anniversary of his death on March 17th, 2018. The Tribute will be led by Robert Lee, a long-time friend and colleague of Sir Walcott. There will also be a surprise contribution to his life from the floor.

The final part of the programme will start with Model, Spoken Word Artist and Dancer, Curmiah Lisette, who will present a contribution to International Women’s Month. Those who know the work of Photographer Fiona Compton will be acquainted with the 2014 Outstanding Youth Award Winner. They are both long time collaborators. Curmiah is best known among St. Lucians world-wide for her video choreo-poem sensation: Lucian Pride.

As part of the on-going conversation regarding the Arts and Culture in St. Lucia, the poets and the audience will participate in discussion with ideas and points of view. Implications of the recent burning down of the Msgr. Patrick Anthony Folk Research Centre, will be discussed. The participants have collective life experience of Poets, Playwrights, Directors, Artistic Directors, Lecturers, Teachers, CXC Examiners, Academics, Cultural archivists, Theatre Producers, Arts and Drama Officers, Poetry editors and Actors. Their contributions will be most interesting.

The Writers will have their books on sale on the day.

His Excellency Guy Mayers, St. Lucia High Commissioner to London said: “I am happy that St. Lucians in London and back home have come together for a common purpose. It’s an initiative that promotes our arts and culture, and St. Lucia as well, in an edifying light. I want to thank all the participants and I look forward to a much appreciative and welcomed event. Those able to take part are our Cultural Ambassadors.”