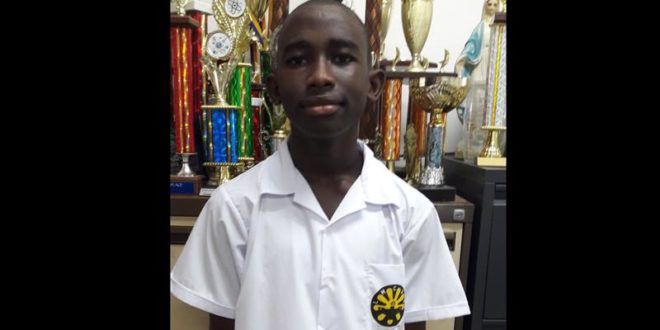 GIS – THE WINNING ESSAY WAS WRITTEN BY ALEX JUNIOR GUSTAVE FROM THE LEON HESS SECONDARY SCHOOL.

The winning entry was developed on the topic: “What Will Cruise Passengers Learn About My Country? What Will They Remember Most and Hold With Them?”, was written by Alex Junior Gustave from the Leon Hess Secondary School.

This is a remarkable achievement not only for Saint Lucia but for our education system as it demonstrates students’ understanding of the importance of tourism to our island.

The winning essay clearly describes Saint Lucia as the ultimate cruise destination, highlighting the island’s natural features among others.

It reads: “Saint Lucia boasts a host of exciting natural features that will tempt the visitor to stay longer than planned. A passenger on a cruise who stops in Saint Lucia will undoubtedly be amazed at the Sulphur Springs where one can bathe in natural bubbling pools of sulphur which rejuvenates the skin, and walk into the world’s only drive in volcano. Who wouldn’t want to enter a volcano? Well in Saint Lucia you can do just that!

“Not far away is a beautiful cascading waterfall called the Diamond Falls whose colorful display of naturally occurring minerals will leave an individual speechless for such beauty has never been seen elsewhere. Taking a drive into Soufriere and Choiseul will surely not disappoint cruise visitors, for on arrival in these two magnificent examples of modern Caribbean towns, one will be welcomed by the sight of the majestic towering twin peaks called Gros Piton and Petit Piton, Saint Lucia’s most memorable feature.”

Along with the coveted US$3000 cash prize, Alex will accompany the Minister of Tourism, Information and Broadcasting to the FCCA Cruise Conference in Merida Mexico, scheduled for October 21-27.

The Department of Tourism congratulates Alex, and the Leon Hess Secondary School for this most outstanding achievement, and wish them the best in future endeavors.