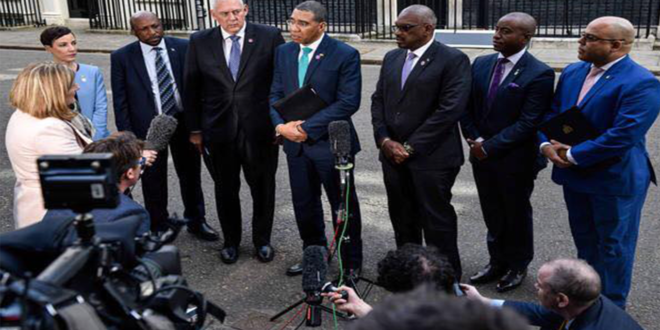 Saint Lucia’s High Commissioner to the United Kingdom, Mr. Guy Mayers is calling on all Saint Lucians affected or who may have family members or friends who fall into the Windrush Generation category to contact the Office of the Saint Lucia High Commission for assistance.

The UK Government Home Secretary, Amber Rudd, announced this week that citizenship fees and language tests will be waived for the Windrush generation and their families. Affected persons will also be granted the formal status they are entitled to, without having to pay naturalisation fees or pass any tests. The UK Government has also promised speedy compensation.

The Windrush Generation refers to Commonwealth citizens who arrived in the UK between 1948 and 1971 from Caribbean countries mostly as a response to post-war labour shortages in the UK.

The CARICOM High Commissioners have been intricately involved in the process to resolve the Windrush issue and were instrumental in getting a meeting with UK Prime Minister Theresa May for CARICOM Prime Ministers during the Commonwealth Heads of Government Meeting (CHOGM).
“Together we as CARICOM High Commissioners decided that the welfare of our nationals must be given priority above all other issues to be discussed at CHOGM and we took the fight to the UK authorities,” said Mr. Mayers.

“Along with our efforts and the help of the UK press, the region’s Prime Ministers were very effective in shedding even more of a spotlight on this issue and based on the latest announcement by the UK government we have prevailed and we are now urging all affected to come forward. You no longer have to suffer in silence or fear of being detained and taken to a Detention Centre,” Mayers said.

“The UK Government has understood that they need to deal with those persons who have made a tremendous contribution to the development of the United Kingdom, who came here by invitation of the United Kingdom and now to be treated with that level of disdain. So we are helping to get their situation regularized at no cost to them and we are getting very good support and cooperation from the Home Office at this time.”

Mr. Mayers again appealed to Saint Lucians affected by the policy to bring it to the attention of the Saint Lucia High Commission, asking that they send their names and contact information and copies of whatever documents they possess “so that we can make representation on their behalf.”

“The staff of the High Commission stands ready to assist and we have already dealt with several cases and achieved success. We have been receiving requests for assistance from Windrush victims stranded in Saint Lucia as well as those up here who have been living in fear and denied their rights,” Mr. Mayers added. “We have even been contacted by Saint Lucians who are not part of the Windrush generation however they have lived in the UK for a long time and we will be doing everything in our power to assist them in getting regularized.”