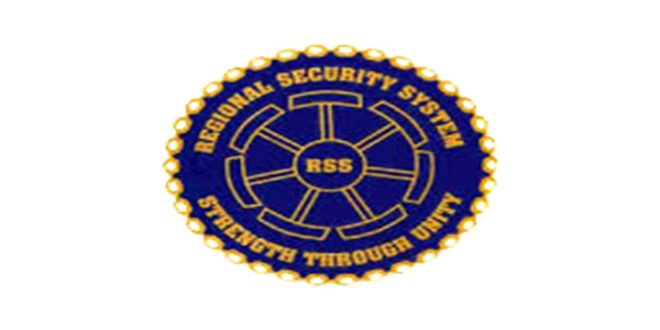 Press Release:–  The Council of Ministers of the Regional Security System (RSS) will convene a meeting at the Harbour Club Hotel, Rodney Bay on Friday, March 23 to review a number of critical matters which have implications for building resilience to climate change, for training and security.

The signing of a Memorandum of Understanding (MOU) will represent a significant achievement for the Council of Ministers. The Regional Security System will sign the MOU with a representative of the British Government to extend the financial support to the  Asset Recovery Unit to March 2020.

The meeting is also expected to appoint a new Chairperson. Saint Lucia’s Minister for Home Affairs, Justice and National Security Honourable Hermangild Francis is the outgoing chairperson. He officially concludes his one year tenure in April.

The Minister described his term as productive and thanked the Council for the unwavering confidence reposed in him over the past year.  Minister Francis also expressed full support for incoming chairperson Prime Minister and Minister for National Security of St. Vincent and the Grenadines, the Honourable Dr. Ralph Gonsalves.

Ministers responsible for National Security in the seven member states of the OECS and Barbados will be joined by Permanent Secretaries, Commissioners of Police and Chiefs of Staff also representing RSS Member States.

The Council of Ministers meeting will review a number of critical areas including matters with implications for disaster response, training and security operations.

The meeting will also receive a presentation by the Caribbean Disaster Emergency Management Agency on the lessons learnt from the severe weather systems (Hurricanes IRMA and MARIA) that impacted the region last year and a presentation on the Resilience Framework by the OECS.

The Council of Ministers meeting intends to address recurrent challenges such as drug smuggling; the illegal guns trade, human trafficking and cyber-crime among others as well discuss new and emerging challenges that are pertinent law enforcement.