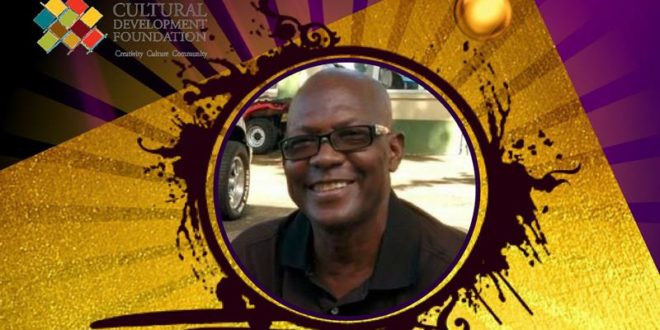 GIS- A PUBLIC TRIBUTE WILL BE HELD AT THE NATIONAL CULTURAL CENTRE ON FRIDAY, MARCH 2.

Another Saint Lucian stalwart has passed.

Gandolph St. Clair passed away at the Victoria Hospital on Sunday, Feb. 11, after a brief illness.

Gandolph’s name is synonymous with Saint Lucian arts and culture as he was a devoted poet, prolific writer, talented playwright and dynamic actor/director.

He served as Director of Carnival from 1998 to 2002 and played an integral role in the facilitation of visits to Saint Lucia Carnival by neighbouring French territories as well as the organizing of community carnivals.

Between 2002 and 2012, Gandolph was the Senior Cultural Development Officer with the Cultural Development Foundation (CDF). “Abbeystone”, as he was affectionately called, will be laid to rest on Monday, March 5 following a thanksgiving service which will take place at the Minor Basilica of the Immaculate Conception at 2 p.m.

On Friday, March 2, the Cultural Development Foundation (CDF), the Monsignor Patrick Anthony Folk Research Centre (FRC), and the Ministry of Culture will host a public tribute to Gandolph St. Clair at the National Cultural Centre from 7 p.m.

A number of areas in which Mr. St. Clair was involved will be showcased during Friday’s tribute. A mini-exhibition, theatrical, dance and music performances as well as literary and spoken word performances are set to take place on the inside of the National Cultural Centre.

Traditional games, storytelling and other cultural & folk activities will engage the public on the grounds of the Centre. Members of the arts and cultural fraternity have confirmed their attendance as we honour a man who commanded great respect and admiration.  The public is invited to help us pay tribute to Gandolph “Abbeystone” St. Clair.