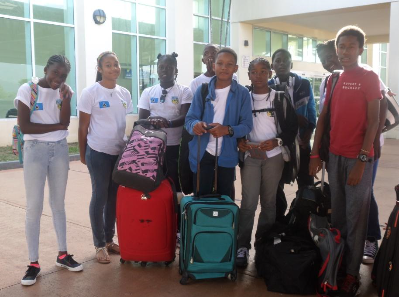 This regional event has been around for many years now with players from St. Lucia winning to the likes of Meggan William in the girls singles and Maxx William and Aidan Bousquet in the boys 14s doubles category.

In the girls’ category St. Lucia will be represented by Jorja Medeick #1 locally ranked 14 & under player, she attends the Leon Hess Comprehensive Secondary School, Alysa Elliott student of the St. Joseph’s Convent and Iyana Paul student of the Balata Primary School. The atheltes will be competing at The National Raquet Club in Tacarigua, Trinidad.

The team is chaperoned by Jean Mederick and Nicole Edgecombe and team coach Ms. Scyla Murray.