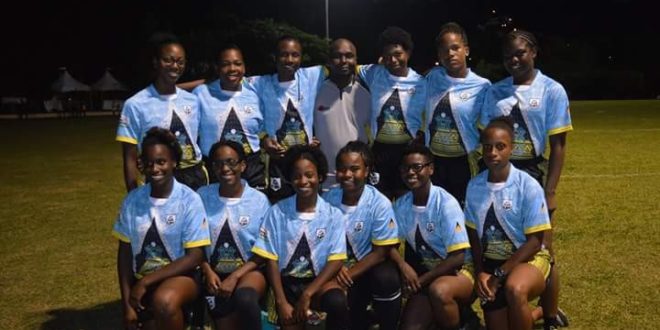 (PRESS RELEASE) – Saint Lucia will be represented at the 2017 Rugby Barbados World 7s Tournament slated for December 9 and 10 in St. James, Barbados.

The National Men and Women Teams will be competing against teams from the Caribbean, USA, Canada and UK in their respective divisions. Saint Lucia Rugby Football Union (SLRFU) believes that exposing our athletes to the level of play in this tournament will be beneficial as Saint Lucia builds formidable teams for qualifying (to CASCO, Commonwealth Games, Hong Kong 7s, etc.) tournaments in 2018.

SLRFU hosted an 8-week national training camp for invited athletes who participated in the local 2017 Community 7s Tournament. The participants of the training camp received guidance from Fitness Coach Mac Duvigneau, Women’s Head Coach Garner Felicien and Men’s Head Coach Jerry Charles. The camp culminated with the selection of teams members for both Men and Women Teams. The robust teams are composed of the following athletes:

The teams will be accompanied by Physiotherapist Zhenya Allain, Assistant Coach Imran Williams and Team Managers  Valerie Gabriel and Mina Espeleta. The matches of the tournament will be streamed live online from this link: https://youtu.be/vG0v2b-dz7Y.

SLRFU recently hosted Ms. Kwanieze John, Get Into Rugby Regional Coordinator for Rugby Americas North. In her 5 day visit to Saint Lucia, Ms. John facilitated a Get Into Rugby Workshop for coaches and PE teachers, presented the Get Into Rugby programme to PE teachers participating in a workshop for PE teachers organized by Dr. Lesporis of the Ministry of Education. SLRFU is enthralled by the positive reception of the programmme and the change in perception of rugby as being a rough sport. The Union continues to push forward with the development of the sport and is grateful for the unwavering support from the members, athletes, volunteers, supporters and sponsors.

2017-12-08
Previous Without the 203 Helpline “The suicide rate would probably be in the hundreds”: Dr. Gillard
Next FIRE DISASTER AVERTED IN TI COLON