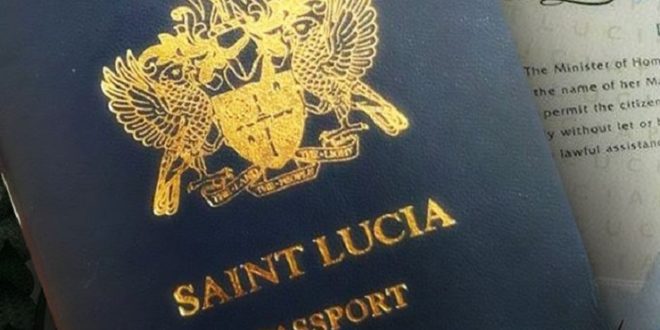 The Saint Lucian passport is ranked 6th in the Caribbean on the 2018 Henley Passport Index. Holders of a Saint Lucian passport have visa free access to 130 countries. In 2018, Saint Lucia included three new territories that do not require either a visa upon entry or visa on arrival privileges. Henley and Partners has improved Saint Lucia’s global ranking from X in 2017, to 34 in 2018.

The Henley and Partners research team used publiconline sources and the International Air Transport Association [IATA] to crosscheck passports from 199 countries against 219 travel destinations, to ascertain whether holders of that passport require a traditional visa, an electronic visa (e-Visa), a visa on arrival, or no visa.

Regionally, Barbados holds the dominant passport, which boasts visa free entry to 146 countries and is ranked, 24th on the Henley Passport Index. A Bahamas passport ranks 2nd in the Caribbean and 26th globally and St. Kitts and Nevis passport holders hold the third spot for ‘most powerful’ passport in region with access to 139 countries.  According to Henley and Partners,

“All countries in the region excepting Antigua and Barbuda and Trinidad and Tobago improved or maintained their visa-free score year-on-year.”

In 2017, Arton Capital’s global passport index ranked Saint Lucia’s passport at number 32 out of 199 countries with visa free access. According to Arton Capital data, a Saint Lucia passport came in as the 6th most ‘powerful’ for Citizenship by Investment in the world.