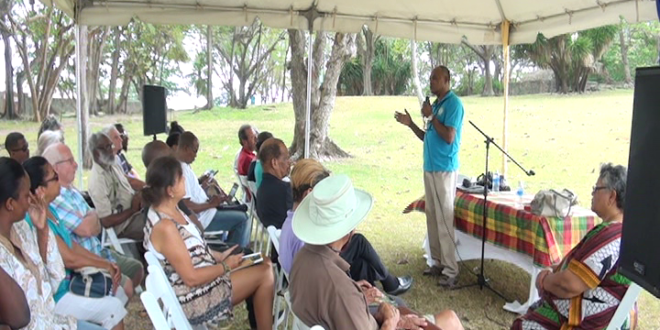 On April 29th the SLNT executive formally expressed their concerns to the membership and strategised on an action plan to achieve amicable resolutions on the proposed causeway to the Maria Islands as part of development plans by Desert Star Holding Ltd and, the construction of a dolphin park by Dolphin Cove Ltd at Pigeon Island. The SLNT manages about 25 heritage sites in Saint Lucia. The Trust maintains they are not opposed to socio-economic development however, [they] will seek an audience with the relevant authorities when economic plans threaten the integrity of those locations.

HTS News4orce was at the SLNT ‘emergency national meeting’ held at Pigeon Island and got comment from Trust communications manager Karetta Crux-Charles.

The SLNT says all legal options are being explored.