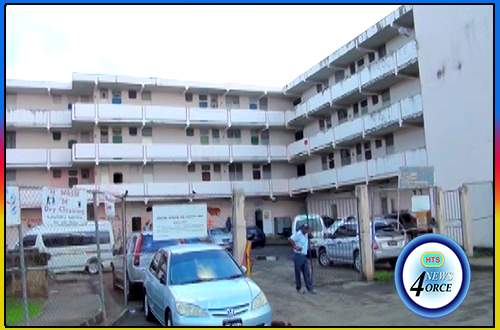 (GIS) – The Department of Housing and Urban Renewal, in collaboration with the World Bank Group, hosted an urban renewal conference for small states at high risk for natural disasters.

The two-day event which took place from Nov. 14 – 15 at the St. James Club Morgan Bay sought to stimulate effective dialogue and strategies to improve resilience. Participants also discussed the strategies for the implementation of a New Urban Agenda for the Caribbean region.

Minister for Economic Development, Housing, Urban Renewal, Transport and Civil Aviation, Hon. Guy Joseph, noted the importance of reflecting on the current state of urbanization in the Caribbean.

“We have seen that approximately 60 percent of the world’s population now lives in the urban areas. The highest rate of urbanization has been occurring in Latin America and the Caribbean, where it is anticipated that by 2050 that over sixty-eight percent of the population will reside in urban areas. If we take Saint Lucia as an example, 57 percent of the population currently lives in the Castries- Gros-Islet area. That is a high percentage compared to the land mass in Saint Lucia. Given where we are in the twenty first century, it is very important that as leaders, that we pay very careful attention to migration, and how we plan for this migration. I am not sure that we are moving in the right direction to stop the migration, so if we are not going to move to stop the migration, then it means we have to plan for these people who are migrating,” Minister Joseph said.

Chief Technical Director in the Ministry of Economic Growth and Job Creation in Jamaica, Doreen Prendergast, shared the strategy that is being used in Jamaica to address the housing situation.

“In Jamaica we have over 700 squatter settlements. But, if you look at our historical context, you can’t negate the fact that this is a response somewhat to the housing solution, and so we have gone in as the Ministry of Economic Growth and Job Creation and we have a three-tiered squatter policy that we utilize, where we assess the context of the settlements and we use that to determine which ones are upgraded, which ones have to be relocated, and which ones have to be contained,” she explained. “We partner with the Jamaica Social Investment Fund (JCIF) and they work closely with the World Bank and sometimes they come in and put in the necessary infrastructure for these communities. We also deal with the whole tenure regularization because these settlements would have been informal, and what you would find is that they do not have legal tenure to the land, so while putting in the infrastructure we’re also working at getting them their certificates of title. In the long run, we have a much more resilient community, the persons gain their certificates of title. This gives them an economic advantage in terms of using their certificates of title to access loans and to maybe benefit their families in terms of their education. That is one approach that we have utilized.”

Attendees at the Urban Renewal Conference included Ministers for Housing of the Lesser Antilles, representatives of Housing, Land, and Disaster Authorities, and other development partners and real estate companies.