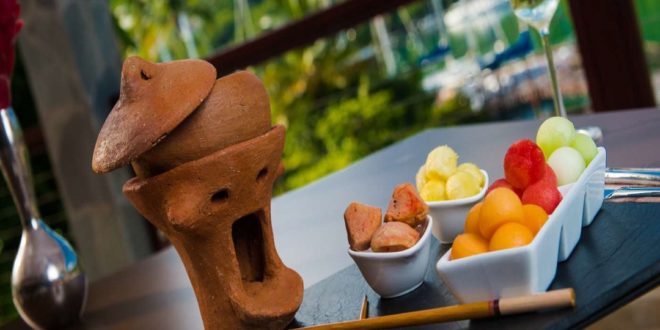 A new and exciting addition is the inaugural Caribbean Rum Awards curated by Caribbean Journal. The festival begins on January 12, 2018 with select restaurants featuring rum inspired Prix Fixe menus and continuing through the weekend.

The Food & Rum Festival is a three-day festival which will run from Friday to Sunday and celebrates the islands unique culinary offerings derived from its French, British, African and Indian heritage combined with the finest rums of the Caribbean and the world. A highlight of the festival is renowned chef, Marcus Samuelsson who on Saturday January 13 will be presenting a Saint Lucian twist on his menu from President Obama’s first State Dinner.

Chef Samuelsson the acclaimed chef behind many restaurants worldwide including, Red Rooster, Streetbird Rotisserie, and Marcus B&P will be lending his expertise to the return of this Saint Lucian festival. The celebrity dinner will be prepared by Chef Samuelsson assisted by a brilliant team of Saint Lucian chefs.

Food & Rum will convert the Rodney Bay strip to a foodie’s dream with the Rodney Bay Culinary Experience on Friday January 13. Some of the Island’s best restaurants will be setting up sampling booths and extending service to allow people to enjoy the tastes of their rum inspired creations. The lively Saturday night scene in Rodney Bay will be taken up a few notches with the exciting flavors and live entertainment well into the night.

The festival reaches its climax Sunday January 14 with an open-air event at the historic Pigeon Island National Landmark. Restaurateurs, chefs and rum makers will present the most delectable fare, including their own rum infused creations. The festival day will feature sampling booths, live cooking demonstrations, rum tastings and a power packed live concert.

The Gala dinner will be an exclusive night of glamour, entertainment and some of the finest dining in the western hemisphere. Tickets for the Gala event are XCD300/USD120 with limited seating. Tickets for Sunday January 14 are ECD20/USD8. For more information visit: http://www.stlucia.org/food-rum-festival/