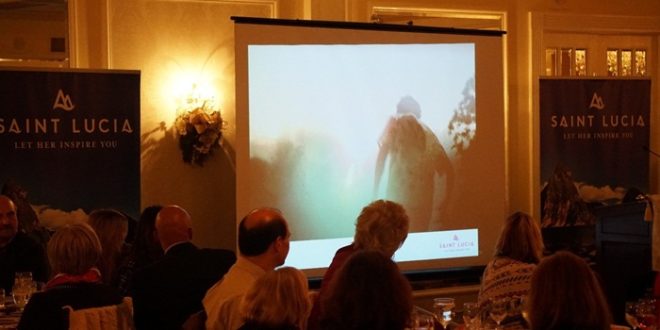 (PRESS RELEASE) – Saint Lucia captivated the north-east United States this week on its first leg of the North American Roadshow.

The Saint Lucia Tourism Authority (SLTA), along with hotel representatives from the island, hosted three travel agent sensitization dinners this week. The well attended dinners were held in New York, New Jersey and Philadelphia and attracted hundreds of agents.

U.S Director of Marketing, Kelly Fontenelle-Clake, provided the agents with a destination update and unveiled the new branding platform.

The attendees were treated to the special sounds of Michele Aubertine who captivated audiences with his operatic performances and soulful covers complete with a special Saint Lucian flavor.

The event was well received by attending travel agents with many expressing their love for the island and pledging their continued support in the effort to increase bookings.

U.S Director of Marketing, Kelly Fontenelle-Clarke, urged agents who are not yet members of the Saint Lucia Specialist Program to join, and reinforced the “There’s no Time Like Now to Book Saint Lucia” campaign, reminding the agents that the island is open for business and ready to receive their vacationers.