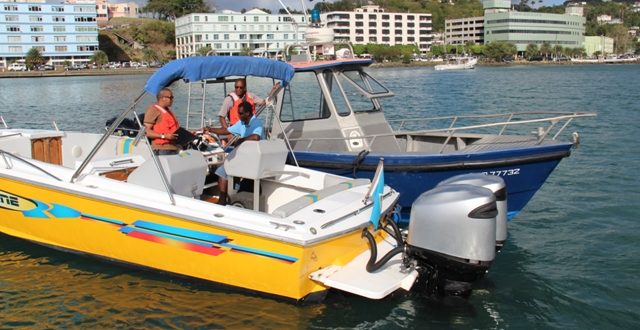 As a member state of the International Maritime Organization, Saint Lucia is obligated to participate in a mandatory IMO audit. The audit, in turn, will provide Saint Lucia with a comprehensive and objective assessment of how effectively it administers and implements mandatory IMO instruments which are covered by the scheme.

Christopher Alexander, the Director of Maritime Affairs at the Saint Lucia Air and Sea Ports Association, stated that there are many benefits to be gained by Saint Lucia being audited.

“The audit is being done by various member states of the IMO. The IMO has now made the audit mandatory for all member states of the IMO. Saint Lucia as a member state is obligated to undergo that audit,” Mr. Alexander said. “The Ministry of Infrastructure is our parent ministry, and signed on with the IMO so that Saint Lucia was audited and coming out of that audit it is basically like a SWAT analysis, so that we will be able to determine what are our strengths, our weaknesses, opportunities and threats within the maritime sector in Saint Lucia.”

Mr Alexander explains that many agencies will be obligated to take part in the audit.

“Maritime is not just SLASPA and my department, maritime is a cross-sectional area of Saint Lucia. It entails the fisheries department and the fishers. It entails tourism, with cruise ships coming into the country and carrying our visitors. It also entails the environmental sector as well in terms of NEMO in terms of solid waste because vessels carry waste as well. So you have all of these various agencies as well as the enforcement arm being the police and more particularly the marine police unit which is our coast guard. So you have all of these agencies coming together right now and they will be audited by the IMO to see as to how Saint Lucia is implementing the conventions that we have signed on to.”