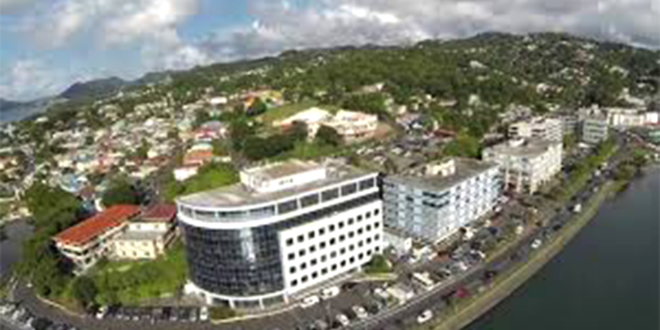 A “watchlist” of 47 countries promising to change their tax rules to meet EU standards has also been issued.

The “grey list” includes several with UK links, including Hong Kong, Jersey, Bermuda and the Cayman Islands, as well as Switzerland and Turkey.

Both lists have been criticised as omitting the most notorious tax havens.

The lists follow the leaking of the Panama Papers and the Paradise Papers, revealing how companies and individuals hid their wealth from tax authorities around the world in offshore accounts.

EU tax commissioner Pierre Moscovici said the blacklist represented “substantial progress”, adding: “Its very existence is an important step forward. But because it is the first EU list, it remains an insufficient response to the scale of tax evasion worldwide.”

To determine whether a country is a “non-cooperative jurisdiction” the EU index measures the transparency of its tax regime, tax rates and whether the tax system encourages multinationals to unfairly shift profits to low tax regimes to avoid higher duties in other states. In particular these include tax systems that offer incentives such as 0% corporate tax to foreign companies.

EU members have been left to decide what action to take against the offenders. Ministers ruled out imposing a withholding tax on transactions to tax havens as well as other financial sanctions.

Some states, such as Luxembourg and Malta, opposed stricter sanctions, according to officials. EU Commission Vice-President Valdis Dombrovskis said “stronger countermeasures would have been preferable”.

Panama is one of the 17 countries listed by the EU but its president, Juan Carlos Varela, said the country was “not in any way a tax haven”.

The EU is encouraging member states to take what it calls “defensive actions” against those countries that do not reform their tax systems.

The UK-based charity Oxfam last week published its own list of 35 countries that it said should be blacklisted.

Oli Pearce, Oxfam’s inequality and tax policy advisor, said: “It is disturbing to see mostly small countries on the EU blacklist, while the most notorious tax havens – UK-linked places like Bermuda, the Cayman Islands, Jersey and the Virgin Islands – escape with a place on the ‘grey list’.

“Although we recognise this is a step in the right direction, if EU leaders let too many tax havens off the hook we’ll all lose out. A place on the grey list must not mean tax havens get off scot-free.”

However, tax campaigner Richard Murphy said some countries on the grey list could still face heavy sanctions if they failed to reform their tax systems.

He said EU countries will be encouraged to disallow payments made to these places for tax purposes, or to charge withholding taxes on interest payments to them.

That tactic could “utterly neuter their so-called status as ‘tax neutral international financial centres’ by ensuring that all monies they receive have been taxed before getting there”, Mr Murphy said.

“The EU is also saying to the UK that it is taking real measures against British Overseas Territories and Crown Dependencies, and the message is – if you go the same way as them with a similar low-tax regime after Brexit, you’ll be sanctioned too.”

The 17 blacklisted territories are:

The EU made exceptions for countries faced with natural disasters such as hurricanes, and put the process temporarily on hold.