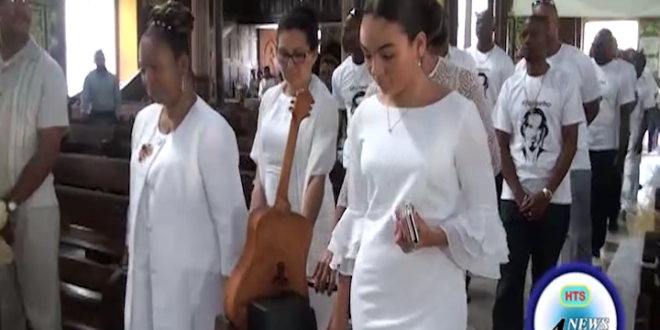 Family, friends and the local music community gathered on 27 April at the Minor Basilica of the Immaculate Conception in Castries to bid farewell to the late Francis ‘Leebo’ de Lima.

Mourners ditched the traditional black for Leebo’s funeral and adorned white attire in tribute to one of Saint Lucia’s most prolific music producers.

Leebo collaborated with a number of musicians and performers – those in attendance offered condolences to the late producer’s family.

Leebo succumbed to complications from cancer in Florida on March 23rd 2018. He was first diagnosed in 2016.

Family and close friends scattered Leebo’s ashes off the coast of Pigeon Point.