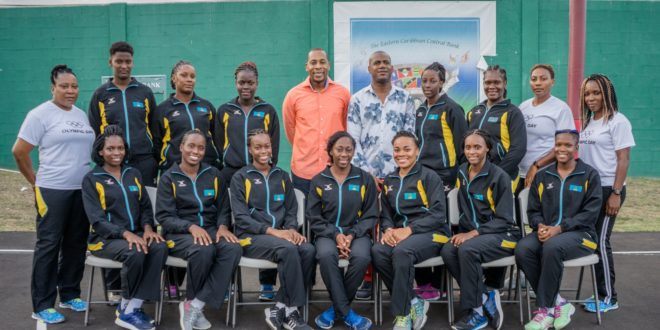 It’s their first title at this level since winning on home soil in 2014, and their sixth overall.

Ianna converted 27 of her 35 shots on goal. Dasha Eugene made 10-15. Saint Lucia attempted 50 shots on goal, compared to 48 for St. Vincent and the Grenadines. But while Zanelle James was 27-40, the Saint Lucia defense rendered the remainder of the Vincy attack toothless.

The new ECCB/OECS champions got the early jump on their neighbours, taking an 11-5 first quarter lead. By halftime, the advantage had swollen to 24-13, and Saint Lucia entered the final up 29-18.

Meanwhile, president of the Saint Lucia Netball Association, Liota Charlemagne-Mason, added: “I am indeed very pleased with the title. It was a long and difficult journey but the we didnt give up on the girls and they have delivered.”

Saint Lucia was awarded the most accurate shooting team.

Aged just 14, a student of Corinth Secondary and a member of Avengers Netball Club, Eugene was awarded the most accurate shooter of the tournament. The teenager had a 76% conversion rate.