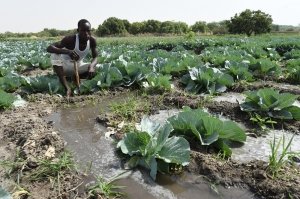 (FAO Press Release) Fourteen countries of the Community of Caribbean States (CARICOM) will design multiple projects to mobilize resources from international sources, which will allow them to improve the resilience and adaptation of their agriculture, food systems and rural communities to change climate.

The projects will be possible thanks to a new fund created by the Food and Agriculture Organization of the United Nations (FAO) and the Mexican Agency for International Development Cooperation (AMEXCID).

José Graziano da Silva, Director General of FAO, and Luis Videgaray, Secretary of Foreign Affairs of Mexico signed today in Rome the agreement that creates the fund, which will have an initial budget of USD 500 000, contributed in equal parts (USD 250,000 each).

This capital will be used as a pre-investment resources that will mobilize millions of dollars for resilience and adaptation projects.

“Thanks to the support of the Mexican Agency for International Development Cooperation, 14 CARICOM countries will design 27 projects to mobilize resources against climate change,” explained José Graziano da Silva.

“We all know that the Caribbean is one of the regions most vulnerable to climate change. We saw it in the last hurricane season, when the island of Dominica and Barbuda were practically destroyed,” said Videgaray during the signing.

Ten of the projects will be presented to the Green Climate Fund, twelve to the Global Environment Facility and five to various European Union mechanisms. They will focus on vulnerable rural communities facing climate risks.