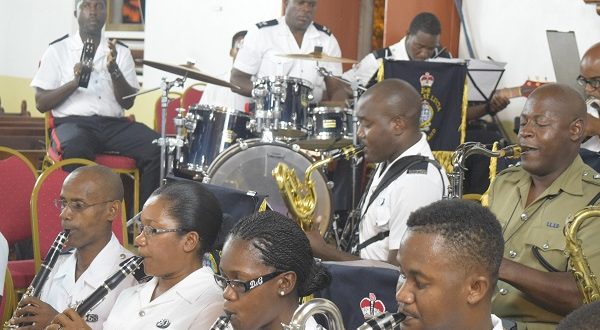 Anniversaries are typically marked with reflection and expressions of immense gratitude.

Whether celebrated in simplicity or in grand style, they provide an opportunity to show appreciation for achievements of the past while embracing promises and hopes of the future.  As the Royal Saint Lucia Police Band (RSLPB) marks 70 years of existence, one can expect festivities of extraordinary proportions as the military band reaches this remarkable milestone.

The Royal Saint Lucia Police Band was formed on June 18th 1947 with only 6 young men under the directorship of the late Nathaniel Griffith but has grown over the years.  The Band has grown to a membership of 42 (38 males, 4 females).

Regarded as one of the best, if not the most revered in the Eastern Caribbean, the band brings together dedicated and accomplished musicians as well as up and coming motivated young men and women who continue to strive towards providing the musical soundtrack for Saint Lucia with the world as the stage on which they perform.

A number of activities have been scheduled for this year’s celebrations, including a themed concert, “A Night of Royalty”, set to take place on 16th June, 2017 at the Royalton Saint Lucia Resort and Spa.  The hour and a half long special, which commences at 8:00 p.m., will feature members of the band, exclusively, in never before seen solo and group performances.  Tickets to the gala event are priced at $150.00.

School performances commencing during the last quarter in 2017 until June 2018 are also a part of the RSLPB’s calendar of events.

The zonal mini-concerts will allow students, teachers and parents around the island to experience the refined and refreshing sounds provided by the band.  Sergeant Dyson Imbert says, “The purpose of the concerts is to inspire and motivate students where music is concerned.”  It is hoped that students will get to view first-hand the benefits that can be accrued from the arts; with specific focus being on music as a worthy career choice.

A cocktail and awards evening; recognizing individuals who have served the department for over twenty years, will take place on June 18th.  Eighteen recipients have been identified for their sterling contributions to the Band’s success.  With experience ranging from twenty one to thirty nine years of unbroken dedicated service, recipients for this year’s evening of recognition are as follows: