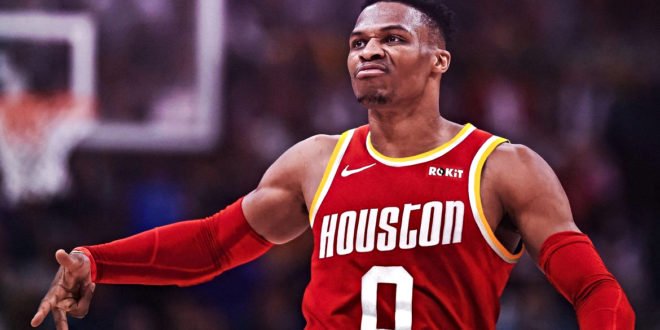 In addition to being named the NBA’s Most Valuable Player in 2016-17, Westbrook is an eight-time All-Star, two-time All-Star Game MVP, eight-time All-NBA selection (First Team twice, Second Team five times, Third Team once), and he won an Olympic gold medal with Team USA in 2012.  He has led the league in assists in each of the past two seasons and is a two-time scoring champion.

Over the past five seasons, Westbrook joins James Harden and LeBron James as the only players to have averaged at least 25.0 points, 8.0 assists, and 6.0 rebounds. Harden and Westbrook were teammates with the Thunder during Harden’s first three seasons from 2009-10 through 2011-12.  They last played together during the 2012 NBA Finals.

Harden and Westbrook have both finished in the top-10 for MVP voting in each of the past five seasons, with both placing in the top-five in the same season three times over that span.