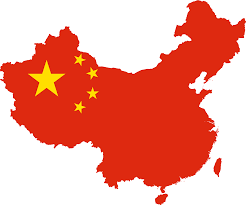 The Republic of China has terminated diplomatic relations with the Republic of Panama with immediate effect June 13, in order to uphold the sovereignty and dignity of the nation. The ROC will close its embassy in Panama, recall its technical mission, and end all bilateral cooperation and aid programs. The ROC government expresses indignation and deep regret over Panama’s unilateral decision to sever diplomatic relations with the ROC and establish ties with the authorities in Beijing.

Following more than a century of diplomatic ties, the government of Panama led by President Juan Carlos Varela―disregarding the longstanding bonds of solidarity and friendship between the peoples of the ROC and Panama and the long-term assistance in many areas provided by the ROC in support of Panama’s national development―caved in to Beijing and decided to switch its diplomatic engagement toward the Beijing authorities for economic gain. In a highly disrespectful manner, it left the ROC in the dark about its decision until the final moments. The ROC government strongly condemns Panama’s act, and reiterates that it will not engage in checkbook diplomacy with the Beijing authorities.

In addition, the ROC government also vigorously protests and condemns the actions of the Beijing authorities, i.e., inducing Panama to break off relations with the ROC, interfering with the ROC diplomatic and international presence, and disrespecting the feelings of the Taiwanese people. As a constructive member of the international community, the ROC will remain committed to upholding peace and stability in the region, and will continue to promote steadfast diplomacy to expand its international participation and gain the international status it is entitled to. The Ministry of Foreign Affairs, and all of its diplomats at home and abroad, will not retreat in the face of challenges, and instead will work even harder in their firm dedication to safeguarding the national interest and protecting the people’s wellbeing.