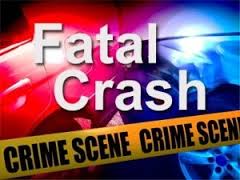 Police have confirmed a man reportedly in his seventies has succumbed to injuries sustained from an auto crash on June 7th.

Information from the investigation suggest the senior identified as Joseph Altidor, was struck by a motorcycle reportedly, while attempting to cross the road.

The incident occurred in Rodney Heights, Gros – Islet near the Bank of Saint Lucia branch between 9 am and 10 am. Altidor is reported to have conducted business at the bank moments before his demise.

Police have detained one suspect in connection with the fatal collision.