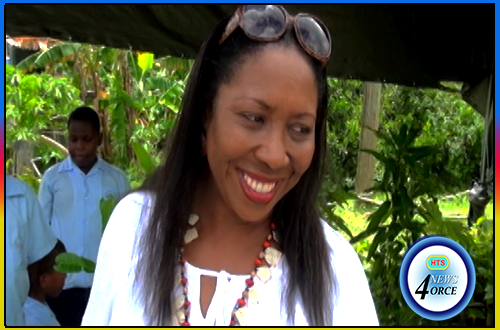 Reynolds To Maintain Ties With Babonneau

While it appears that her supporters may have given up on her at the polls, the former parliamentary representative for Babonneau says she has not given up on them.
Alvina Reynolds was defeated by her predecessor Ezechiel joseph by a margin of 1,305 votes – a far cry from the 2 vote margin by which she won the seat at the 2011 general election.
In addition, Reynolds’ 2,483 nods received in 2016 paled in comparison to the 2,947 which she received in 2011.
Miguel Fevrier caught up with the ex-MP in Babonneau on Friday.