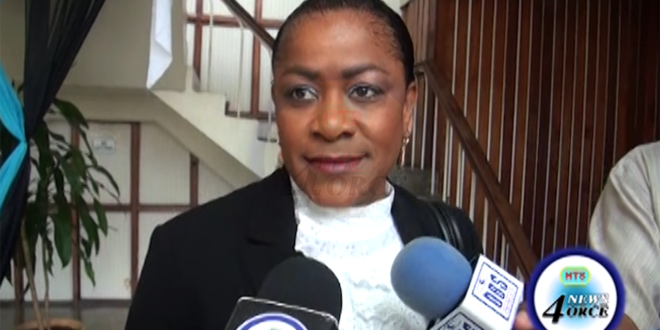 Speaker of the House Leonne Theodore-John.

Speaker of the House of Assembly Leonne Theodore-John continues to be dogged by resignation rumors.

At the first Sitting of the House for 2018 on 13 February, reporters pressed the Speaker for an official statement on the persistent allegations that she is being asked to resign.

While she was non-committal, a few members of the house weighed in on the on-going resignation allegations.