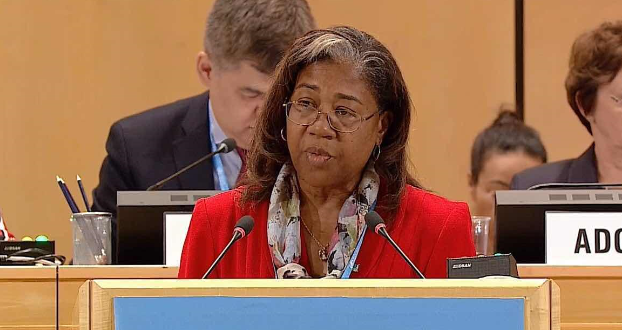 [Press Relese] The Embassy of the Republic of China (Taiwan) thanked Honourable Senator Mary Isaac, Minister of Health and Wellness of Saint Lucia for expressing support of Taiwan’s participation at WHA general discussion on May 21 in Geneva, Switzerland.

In Minister Isaac’s speech, she pointed out that people and government of Saint Lucia embrace the World Health Organization (WHO) constitution and its objective to attain highest possible level of health by all peoples, thus WHO is obligated to work for all people, including the 23 million people of Taiwan.

Minister Isaac expressed that by excluding Taiwan in the WHA agenda, the fundamental right to good health of people of Taiwan is not accorded the proper recognition by WHO. Minister Isaac urged WHO to act in accordance with its Constitution and recognize the contributions of Taiwan.

The Embassy of the Republic of China (Taiwan) sincerely thanks Government of Saint Lucia, as well as Taiwan’s 15 diplomatic allies that submitted a proposal urging the WHO to invite Taiwan to participate as an observer in the 71st World Health Assembly.