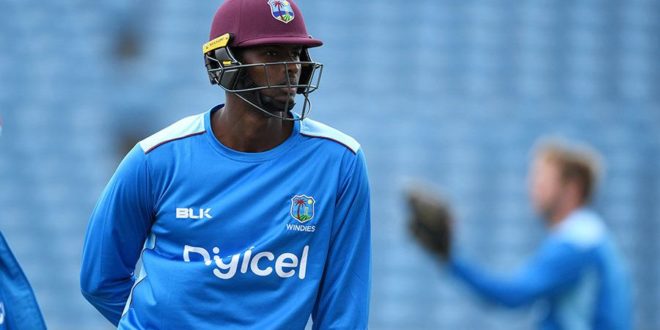 West Indies’ struggle with long-term consistency may be an impediment to their pursuit of a first series victory on New Zealand soil in 22 years, but captain Jason Holder is optimistic their recent more results – a series win against Zimbabwe and a successful chase of 322 against England – will stand his team in good stead.

“I think we’re in a pretty good place, this present team,” Holder said ahead of the first Test in Wellington on Friday. “I think we built up quite nicely this past year. We’re still not a finished product. There’s a lot more improvement to be made. But I think we’re headed in the right direction. I think it would be a very good series, especially coming off a win in Zimbabwe. I’m really pleased with the progression of this side. And we’ve obviously played some decent cricket in England prior to that. So yeah, I’m feeling really good about this series.”

According the Holder, the presence of a quality attack, backed up by experienced reserve players, will be key to West Indies’ performance on tour. Given New Zealand lost eight wickets to the left-arm spin of South Africa’s Keshav Maharaj in their previous fixture at Basin Reserve in March, the efficacy of Devendra Bishoo cannot be discounted.

“We’ve got a pretty balanced attack. Our seamers have done well for us in the past, led by Shannon [Gabriel] and Kemar [Roach] – we’ve got some decent replacements on the bench as well, who haven’t probably played in the last few months like Miguel Cummins and Alzarri Joseph. I think our seam bowling department is covered.

“We obviously have our main spinner in Devendra Bishoo – he’s our only frontline spinner on this tour and other guys like Roston Chase and Kraigg Brathwaite can probably help also. Roston and Kraigg are top-order batters as well, who can bowl quite a few overs in a game and pretty much hold up an end and in doing so help us rotate the seamers. So, I think it brings a lot of depth to our side.”

Early sightings of the pitch showed grass cover almost indistinguishable from the outfield but Holder did his best not to read too much into it until the first ball is bowled.

“I don’t think many batsmen in world cricket have grown up to see so much grass on a pitch and really be willing to have a go at it. Having said that, it’s international sport and we can be asked to bat tomorrow, we’d be happy to lose the toss or whatever the case maybe, so we’ve got to have an open mind towards it and whatever happens we’ve got to be professional towards it and just assess the conditions as we see it and not predetermine what’s going to happen with the surface. As a group we want to analyse it only when the cricket actually starts.”

West Indies were also banking on the fact that they have played three more Tests than New Zealand’s five this year. “We’ve been on the road for a while,” Holder said. “We had the series in England and had a short break at home and a quick turnaround in Zimbabwe. After Zimbabwe we didn’t go home, we spend a few weeks in Australia, a bit of downtime there, relaxation. But we still had quite a bit of cricket as well. The thing is we’re coming off on a lot of cricket, so hopefully we can use that to our advantage.

“I know New Zealand’s season has just begun, but they’ve got some quality players and obviously they’re going to be playing on home soil. So we’re still expecting a good contest from them and a really good push. So I wouldn’t sit here and say we’re in a much better position than New Zealand.”