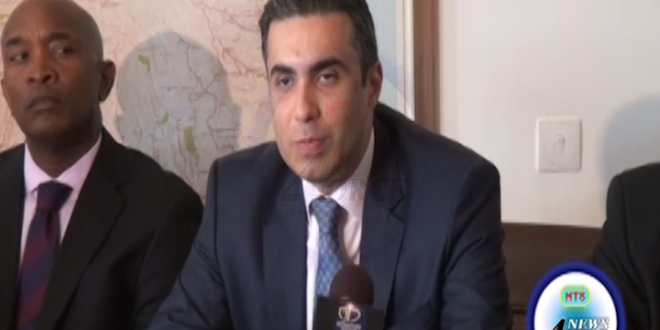 RANGE DEVELOPMENTS VICTIM OF FAKE NEWS ATTACK
FOR IMMEDIATE RELEASE JUNE 4
Last night fake news began to emerge from Montserrat and St Lucia concerning Mohammed Asaria, the founder of Range Developments, which developed the Park Hyatt in Saint Kitts and Nevis and is building the Cabrits Resort, Kempinski and the Six Senses St Kitts. There is no truth whatsoever in these allegations that Mr Mohammed Asaria had been arrested and detained in China. Mr Asaria is actually in Geneva, Switzerland, presenting at the Investment Migration Council’s conference.

It is obvious that the purpose of these articles is solely to damage Mr. Asaria’s and Range’s reputation among investors. The company’s lawyers are insisting on an immediate retraction and the highest possible damages.

“I wouldn’t like to speculate who is making these ridiculous allegations or what their purpose is,” said Mr Asaria. “They have no foundation whatsoever. Our focus is on the completion of the Cabrits Resort Kempinski, Dominica and the Six Senses St. Kitts, which is proceeding at pace and as planned.”

The allegation first surfaced on a website called MNI Alive: Global Caribbean Media, and have been picked up by other media, including NewsAmericaNow and Jamaica Inquirer. While speaking at a conference in China last week, Mr Asaria was targeted by a number of protesters. When he sat down to listen to their grievances, it turned out they were baseless and rebutted by Range immediately with evidence, and the protestors had just been paid to make trouble.

“It seems this is one of the challenges of being a successful developer,” said Mr Asaria. “I won’t let this
distract from our efforts to build world-class projects in the Caribbean.”