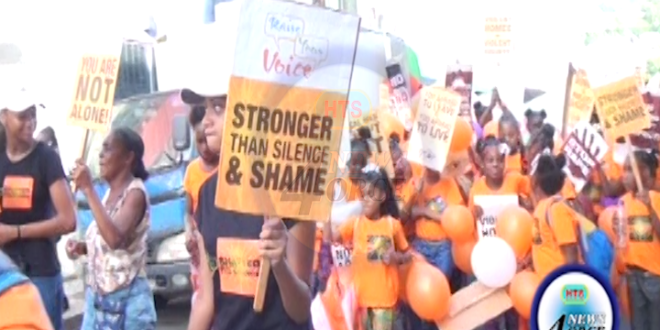 Scores of women and girls packed the streets of Castries in a protest march denouncing violence against women.

Scores of women and girls packed the streets of Castries in a protest march denouncing violence against women.

Participants marched from Serenity Park to the Derek Walcott Square.

The demonstration is part of the “16 days of activism against gender-based violence” hosted this year by the women and child rights organization, Raise Your Voice Saint Lucia Inc. The Canada fund for local initiatives is supporting the annual event, which is spearheaded by un women.

Participants hope the march will encourage victims to speak out on an issue that affects the wider society.

A 2015 united nations report states that 1 in 3 women have experience sexual or physical violence at least once.

The annual 16 days of activism against gender-based violence culminates on December 10th.