Home / News Updates / Raise Your Voice: Our women leaders continue to fail us! 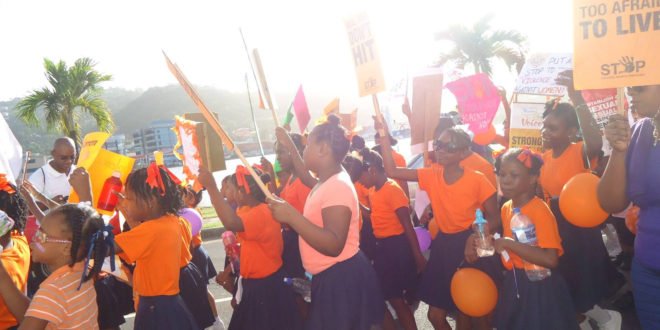 Raise Your Voice: Our women leaders continue to fail us!

Press Release:-In Saint Lucia, women and girls continue to be subjected to violence, such as Domestic Violence & Murder, Rape, Sexual Abuse, Social Media Pornography Abuse, etc, at no time did women hear a strong statement or position from female parliamentarians and heads of public sector agencies mandated to be lead advocates on women’s issues.

While it is assumed that women’s presence in parliament and other public sector agencies will automatically lead to the production of policies and legislation that will transform the lives of women, this is not so, women parliamentarians become agents of political parties which exert powerful restraining influence on the possibility for setting the policy or legislative agenda to benefit women and girls and public sector agency managers also, become masters of self and job preservation, to women’s detriment.

Raise Your Voice Saint Lucia Inc is deeply disappointed that after more than twelve (12) years the OECS Family Law Bills designed to provide protection to women and children is still in consultation stage with no set date for implementation and no lead voice in parliament, while women and girls continue to endure extreme forms of violence.

Raise Your Voice Saint Lucia Inc, further calls on the Minister of National Security Hon. Hermangild Francis to provide the Sexual Assault Response Team and the Vulnerable Persons Unit (VPU) within the Royal St. Lucia Police Force the necessary resources to mitigate and investigate crime against women and girls.