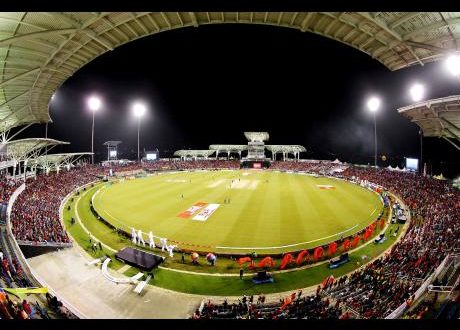 The Gleaner- Heavy and persistent rainfall that caused severe flooding across the country led to the abandonment of two Group A matches in the Regional Super50 here yesterday.

The flooding left several parts of the two-island republic inaccessible, and Prime Minister Dr Keith Rowley described the situation as “a national disaster” during a tour of some of the affected areas on Saturday.

In the interest of safety, the matches between the Trinidad and Tobago Red Force and Canada at Queen’s Park Oval in the T&T capital of Port of Spain and Windies B and the Guyana Jaguars at the Brian Lara Cricket Academy in the southern community of Tarouba were cancelled.

Both matches will be treated as no-results, meaning all teams involved will be awarded two points.

The result meant that the Jaguars and Red Force finished in the top two positions, respectively, in Group A and will advance to the semi-finals of the tournament to be contested this coming Thursday and Friday at Kensington Oval in Barbados.

Meanwhile, in Group B, the Combined Campuses and Colleges Marooners currently occupy the top spot in Group B with 22 points, while the Jamaica Scorpions sit in second position on 21 points.

Both teams play their last group match today to determine the final places and complete the semi-final line-up.

The grand final of the Super50 Cup is next Sunday at the Kensington Oval in Bridgetown, Barbados.