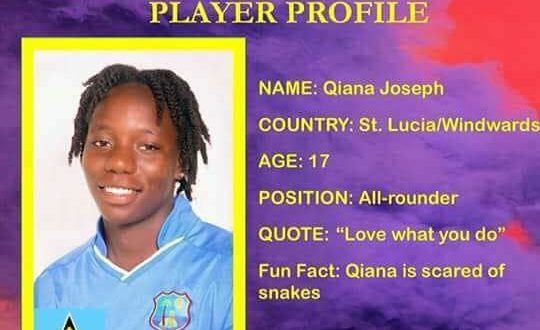 Press Release- Young 17 year old St Lucian Female cricketer Qiana Joseph has been called up by the West Indies selectors to attend a two week training camp from July 2 to July 16 in Antigua.
This is in preparation for the ICC 20/20 World Cup to take place in the Caribbean in a few months time.

Qiana Joseph who has 1 international wicket to her name, made her debut for the West Indies Women’s Cricket Team during the 2017 ICC 50 Over Women’s World Cup which was held in England & Wales.

In Qiana’s own words “ I am determined to regain my place on the West Indies Cricket Team”.