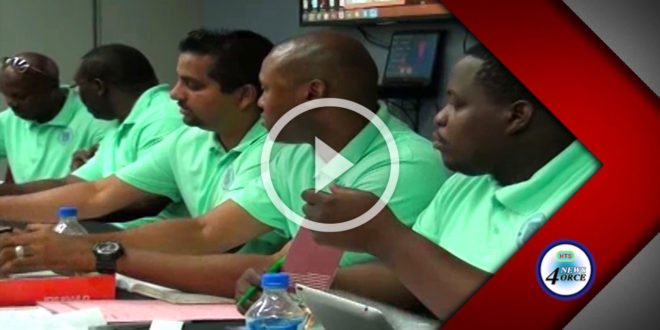 The newly elected executive of the police welfare association [PWA] held their maiden general meeting on May 5th.
PWA president Travis Chicot told hts news4orce that the meeting served as the first formal introduction to the membership.

The floor was open for PWA members to share their opinions on various matters.
The PWA executive also discussed key administrative issues, including promotions, fund raising and discipline.
Other matters down discussion included the supposed findings from the IMPACS investigation.

The PWA explained that addressing the concerns of the membership remains paramount.
The executive wants to foster unity among the membership.

2017-05-05
webmaster
Previous HTS Epoll – Did the Catholic Church overstep its boundaries in its public letter on the DSH project?
Next 20 Years Tea-Time Jazz In 2017